Who is Reeds named after?
Was there originally a Mr Reed?

Reeds Hobby Shop has a long and colorful history.

The shop was originally opened in Oakland CA in late 1956 or early 1957. Reeds was not listed in the 1956 Oakland CA White Pages, however the 1957 White Pages and Yellow Pages shows the store was located at 3455 High Street Oakland CA. The first dealer directory where it has been found is the November 1960 issue of Railroad Model Craftsman Magazine. That issue shows the store had moved to 3129 High Street, Oakland, CA most likely due to the construction of I-580 which started in early 1960.

Legend has it that it was owned by a “Mr. Reed” and some suggest his first name might have been Homer. It is believed the shop dealt mostly in HO and HOn3 brass.

By 1967, according to the Polk’s Oakland City Directory, it appears that Reeds may have been owned by Harry S Swensen Jr.

In November 1975, the shop was purchased by John Engstrom, who moved it to La Mesa. The original La Mesa address was 8230 La Mesa Blvd, approximately where the Trolley Stop Deli is today. In early 1979, John moved the store to its present location on 8039 La Mesa Blvd due to plans the City of La Mesa had to redevelop the area around the present day trolley stop.

John owned the store until 1981 when it was sold to Bob Bickley.

The store was owned by Bob until 1989 when it was purchased by Tom Stickle.

Tom remained the owner until December 1997 when Steve Bovee, Sharon Smith, and Bruce Cameron joined together to buy the store.

In May 2020, the store was sold to its current owner of Ed Kimzey (see below).

Charles has been with Reed’s since 2006. He is a member of the San Diego Model Railroad Association.

Scott has been with Reeds full time since 2013. He is a member of the La Mesa Model Railroad Club and is very knowledgeable on the Atchison, Topeka, and Santa Fe Railway in addition to the Disneyland Railroad. Scott was the former owner of the Whistle Stop in Hillcrest.

Ed is the current owner of the shop and purchased the store in May 2020. He still has a full-time job with General Atomics as a test pilot, but is in the shop as much as he can.

Dick has been with the shop since the mid ‘80s. His “Coyote Pass & Northern” has been running for several years now and hosts operation sessions on most Sunday evenings.

Ken has been assisting in the shop since 2008. He spends his time here evaluating the value of collections and performing minor repairs on American Flyer and early Lionel trains. 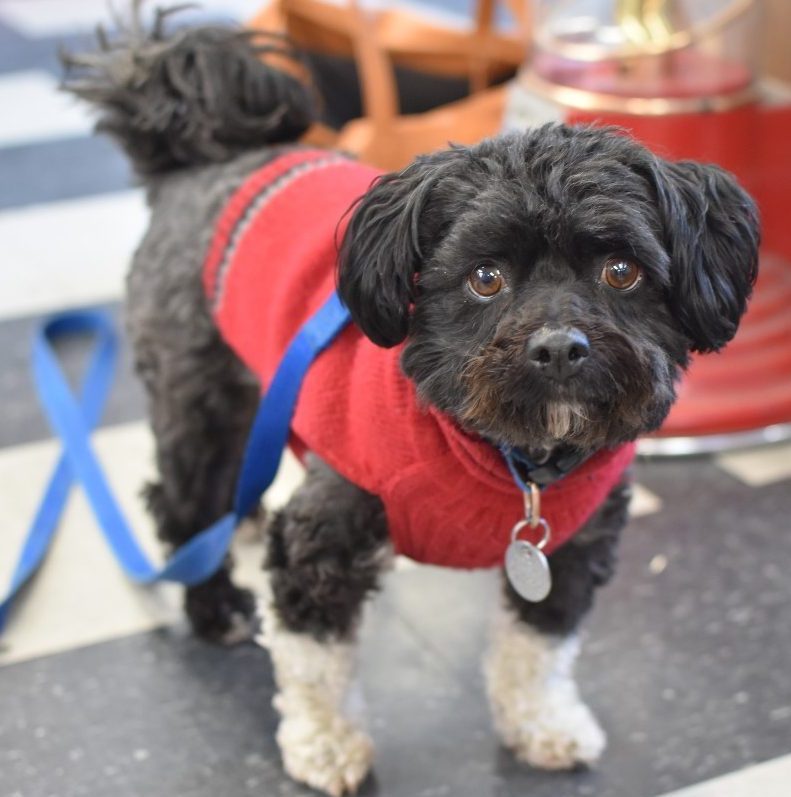 This fireball started assisting in the shop in 2019. His main job is to look cute, be an attention hound as well as the official Reeds greeter.